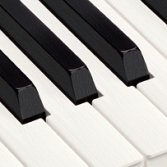 Lesson Function | 60 demo songs which you can play divided hands: assisted left and right hand lessons to practice each hand before playing both hands simultaneously.

Duet mode | You can divide the keyboard into two separate keyboards with the same chromatic scale. This is will become similar to playing two different pianos; it is fit for performance or a lesson between a student and a teacher.

Other functions include, metronome function, recording, USB and other varieties of function. Especially, USB function allows connections to smartphones and ipads which can be enjoyable. Connection to computer can allow composition function and many different useful functions.

1+2=3 , 3 year full warranty.  In case of defect item claimed in 3 years, Casio will replace your product to a brand new one.